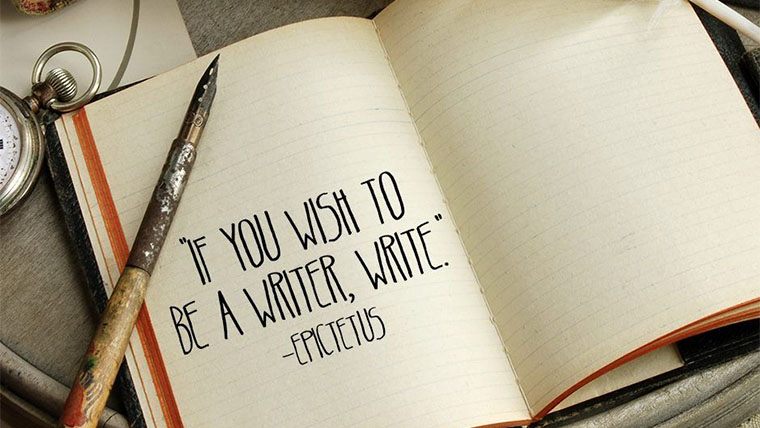 So you felt you needed to read the longer version. Haven’t you got writing to be getting on with?

You may be wondering what this blog is about, especially if you’ve arrived in the early days and there aren’t many posts to read.

In short, it’s about the physical side of writing. That means actually getting words on the page.

Here’s what I have in mind for my target audience. (If you recognize something of yourself in this, I hope you’ll find things you can use on this blog)

You want to write and you believe you have the talent and skills to create good written work. But… and here’s the crux of the matter… you repeatedly fail to complete (or even get started) on the work you feel you were born to do. That ‘born to do’ may make you feel a little uncomfortable but be honest: when you’re asked what you do, you want to tell people you’re a writer. The word defines you and, at the moment, you can’t use it. You’re a homemaker, an insurance salesman or woman, a consultant, an IT professional. But that all feels like a mask or a costume you’re wearing to turn up at someone else’s party.

It’s your party and you want to come as a writer.

Let’s cut to the chase here: you want to write – you LONG to write – and you feel that’s what you’re on this planet to do.

And you don’t write.

Perhaps you write occasionally. In bursts. Some of those bursts may last days or even weeks.

Perhaps you’ve sailed through the first chapters of a book and finally believed you were on the way. You felt great. In the grip of the writing, you felt happier than you have ever done. You felt whole.

Then, one morning – for no apparent reason whatsoever – you skipped a session. Then another.

Then weeks and months went by.

And this pattern repeats itself time and time again. Or, you’re waiting and praying for repetition because next time the mouse asks for a piggy-back ride, you’re never going to let her get off.

Maybe you have a drawer of part-finished stuff. Stories, novels, poems, screenplays. You’re scared to open the drawer but you’re equally scared to throw any of that stuff out.

One part of your head (what your mother would have called the ‘sensible’ part) tells you you’re never going back to that stuff and it’s taking up valuable space.

Another part (the inner critic that never wanted you to write in the first place) tells you to open the drawer and wallow in the misery of your failed dreams.

And yet the fire still burns.

A final – still small – part of your head tells you everything in that drawer is preparation. And if you don’t finish anything from there, at least it will be like a hidden treasure trove of ideas and phrases for future work. This is your apprentice stuff. It might be shit but at least it’s your shit.

You’ve proved to yourself repeatedly that when the words come, they can be good. You love doing the work. And yet, you stop. It all fades and you’re left wondering what went wrong.

And this disconnect between your sense of purpose and what you do on a daily basis is leaving you with a big miserable hole in your life.

That’s what I’m here to do: to give you (and me!) permission to drive.

This blog is about getting your writing. I’ll be showing what works for me (because, believe me, I’ve been there – until very recently) and for others who successfully fill those great blank space, we call pages.

I won’t be talking much about plot and character and points of view. I reckon you know much of that stuff already, especially if you read as many books as I think you do. All the plotting and great character ideas in the world don’t matter one jot if you don’t get some words down on the page.

So join me as I challenge myself to reach a daily total of 5,000 words (I’m sweating just thinking about that number) within the next six months. I’ll show you how I do it – and how you can do it, too.

Here’s to filling pages – and that great big miserable hole where we want the word ‘writer’ to be.